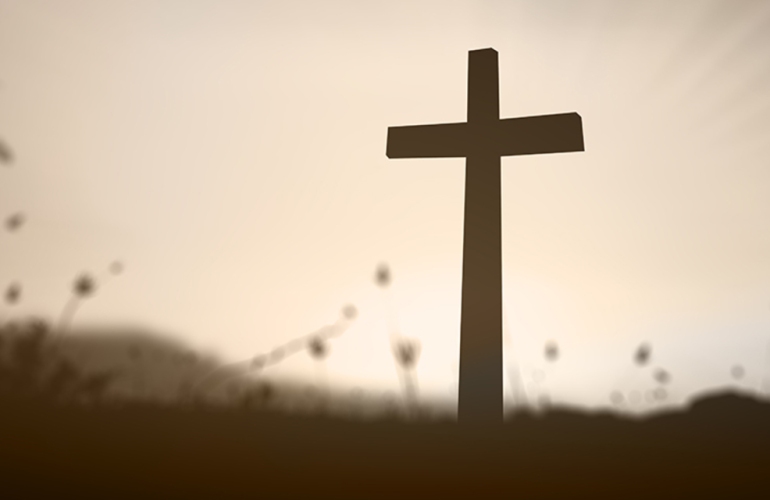 The recent conversations surrounding Brandt Jean and his forgiveness of Amber Guyger – the woman convicted of murdering his brother Botham Jean, really struck a chord with me. Particularly, I was impacted by the mixed responses to Brandt’s offering of forgiveness for her brother’s murderer. These mixed responses were an eye opener to how big a role race plays in how we see God and how we live out the tenet of forgiveness.

I’m working through my thoughts so bear with me and I’m definitely open to dialogue about this.

My issue is not with Brandt forgiving and embracing Amber. I think that forgiveness is part of what every Christian is required to do – no matter how hard it may be to do so (Matthew 18: 21-22). And forgiveness is HARD. I don’t care where you have been or how big or small the hurt is – it’s difficult to tell someone that you forgive them in the midst of processing the pain and trauma they have caused. Also, there is the desire for justice to be served according to your own thought of what the person who has hurt you should receive. I struggle often with God being just because in my mind I have conceived the adequate punishment and suffering I believe the person who has wronged me should receive and (honestly) I become angry when I don’t see my justice acted upon by God. God is working on me. So, it’s a host of things that push us toward or deter us from forgiving someone else. And it always goes back to our perception of justice and God (Matthew 5:45).

I haven’t been through what Brandt has been. Most of us have not. To lose a loved one so senselessly to the false stereotypes attached to the color of his skin as being threatening or intimidating is crazy. Especially, if you always thought he would be around for much longer. Imagine processing that grief. I can’t tell Brandt how to forgive or how to grieve because I am still trying to figure that out for myself. I am not Brandt and I think it’s insensitive for anyone to use his grief and his response to Amber as an emblematic reason to discredit the power of forgiveness and/or Christianity in Black culture. Forgiveness works but it takes both internal and external work to process. Do we do the work?

It is interesting to see how folks have responded to the outcome of this moment of forgiveness.  And this is the point of my frustration, and in some regards, disappointment. If you are a Christian and you are sharing this moment of reconciliation and forgiveness as an example of Christianity at work but have not been as vocal on the cascading, sinful effects of racism and discrimination on our society, as highlighted in one way by the countless murders of black men and women throughout this country, then that’s an issue for me. Yes, we should be lights in a dark world and we should shine our light instead of cursing the darkness, but isn’t the point of light to illuminate a dark space? To show the contrast between what is right and wrong by just being a Christian after who God is? Then why does it feel like we are one-sided in this effort – that black people are often in spaces of forgiveness and reconciliation without reciprocity or mutualism with white people?  Is this just something that I see?

If we believe that we are all representations of God, then we should all be adamant about showcasing and illuminating a holistic image of God.  This image is reflective of the fact that God empowers us ALL to live transformed lives but also He sees and He is aware of those who are oppressed and discarded by systemic inequality. We all have a responsibility for hearing and seeing those who are other-ed in our world today to hold up the light of the Gospel of love with and for others who may not have the strength to do it themselves.

We have a responsibility to love others, to hold up and appreciate human value and dignity, and to carry the justice of God in our hearts because we love God first and we love our neighbors too.  I’m not tired of seeing black people forgiving those who have wronged them, but I am tired of not seeing more white people actively join the conversation about inequality, white privilege, and the fight toward equality especially within Christian spaces.  We shouldn’t have to focus on race, but we should be aware that race indeed plays a part in how we view each other and how people know and experience God. We do a disservice to our neighbor when race isn’t discussed or if privilege and systemic racism (and other -isms) aren’t called out.

We need to be more cognizant and honest about showing and holding up the holistic image of God as we ourselves are all shaped in his image and likeness (Genesis 1:27). We are all reflections of God. ALL OF US – no matter race, creed, location. God’s forgiveness is one aspect of His image and so when we act like Him, we should be encouraged to continue to act like Him, no matter what race we are. Similarly, if we believe that all humanity is made in His image and we are all image bearers of God, then when something bruises, kills, or distorts the image of God through the sins of racism, sexism, and other -isms, we should all be affected and pushing even more to be the evidence of God’s love in a broken world. We shouldn’t harp on the sin of racism to the point of division and blame, but we should be adamant about showcasing the justice of God that hears the cries of mothers, brothers, sisters, fathers who are broken by the pain of grief that overwhelmingly affects those of color and marginalized locality.

Also, let’s clear something up about Christianity – there’s a difference between religiosity (being excessively religious to the point of insincerity) and true, radical transformation. Christianity has been used as a tool of oppression and violence as well as a tool of justification for racism and other -isms too, but Christianity’s origins are a powerful testimony of the love of God for all people through the death, burial, and resurrection of Jesus Christ (John 3:16). Jesus came as a Jewish man (a racial minority), not of any stature or high class, to a world that was full of oppression, greed, and wickedness under Roman imperial rule. He was radical not only because of the Spirit of God working through Him to do miracles and change the lives of those who followed Him through teaching but also because of the unconditional love He shared regardless of gender and class [more to come on this topic].

Even more so, Jesus was transformative because He preached the Kingdom of God (Matthew 4:17) and its presence in the contemporary moment of Him being on Earth. That offering – of having the presence of God here on Earth – provides an invitation for equality, healing, and transformation in a way unseen or unheard of before. Jesus preached a revolutionary message that looked both at the society in which people lived in the 1st century and past it to the future and beyond.

One thought on “Christ, Christianity, and Forgiveness.”